On this page of our game guide to Baldur’s Gate 3, you can find basic information about the Baldur’s Gate RPG series and related video games made on the Infinity Engine that introduced the Dungeons & Dragons role playing system to PCs.

Baldur’s Gate 3 is the most anticipated RPG of recent years alongside Cyberpunk 2077. Except for the fact that it’s a continuation of the legendary series, which is over twenty years old. Younger players have surely heard about this title, but even more experienced gamers don’t tend to replay the legendary RPGs of Bioware and Black Isle every half a year. That is why we are presenting this title in a more accessible way. A title that still ignites imagination.

The Baldur’s Gate series is the most famous attempt of bringing the Dungeons & Dragons RPG system to computer screens (at the time of the release of the first game it was called Advanced Dungeons & Dragons). We created a new character from a scratch, that is, we had to select a race, gender, profession and primary stats. Then, we entered a fantasy world filled with magic and fairy-tale creatures. In the game we were traversing through the fantasy land, full of various companions that could join our fellowship. Well, as we already know, you must gather your party before venturing forth! 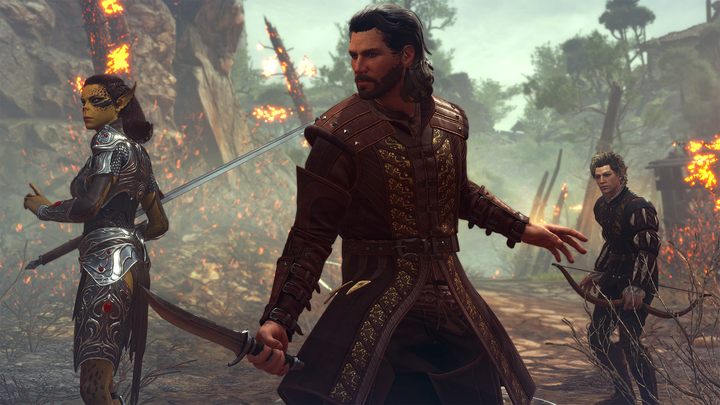 We had to complete lots of quests given by NPCs, take part in battles against monsters, collect experience points and loot. While doing all that, we were able to unravel a pretty interesting story related to our character’s origins. Everything took place from a top-down isometric view that allowed us to admire the tremendous 2D graphics. Also, the real-time combat had a pause feature, which was quite unique at the time. The Baldur’s Gate series consists of the following titles (in chronological order): Baldur’s Gate, Tales of the Sword Coast expansion set, Baldur’s Gate 2 Shadows of Amn and the Throne of Bhaal add-on. In 2016, Beamdog studio (the creators of the Enhanced Editions of first installments, also available on Android and iOS devices) released the Siege of Dragonspear, which takes place between the storyline depicted in Baldur’s Gate 1 and 2. Black Isle has also developed a console spin-off, a Diablo style action-RPG – Baldur’s Gate: Dark Alliance, but the plot of this game was not related to the storyline of the main series.

Gamers and RPG enthusiasts fell in love with Baldur’s Gate. They become fond of the heroes of both installments (Minsca and Boo, Imoen, Jan Jansen and Korgan) and praised the villains (Sarevok, Irenicus). They appreciated the plot, seemingly classic but actually deviating from fantasy standards – there was more adventure and crime story in it than classic ‘save the world’ motifs. The game was powered by the legendary Infinity Engine, which was later used in such titles like Icewind Dale or Planescape Torment. Icewind Dale’s story took place in the same world as Baldur’s Gate, but a few decades earlier.

Black Isle was responsible for other great RPGs of that times – Fallout and Fallout 2 (Bethesda created only part three and four, and New Vegas was entrusted to the heirs of Black Isle – Obsidian). After the overwhelming success of Baldur’s Gate and Baldur’s Gate 2, Bioware created many RPGs that can be considered as kings of RPGs – Neverwinter Nights, Jade Empire, Star Wars: Knights of the Old Republic, Mass Effect series and Dragon Age – as well as the Star Wars: The Old Republic MMORPG and Anthem looter-shooter .

BioWare and Black Isle parted ways, the developers lost the rights to the Dungeons & Dragons brand, and began creating their own brands. Also, the other company was shut down. Some members of Black Isle had founded the Troika Games studio, which created other ambitious RPGs – Arcanum, The Temple of Elemental Evil and Vampire The Masquerade: Bloodlines.

Black Isle made attempts to create Baldur’s Gate 3 while it held the license, but these endeavors ended up in a total failure. Within time classic role-playing games have become obsolete and less popular, until stubborn studios, with the support of Kickstarter platform, have managed to release such titles as Wasteland 2, Pillars of Eternity, Tyranny or Divinity Original Sin. 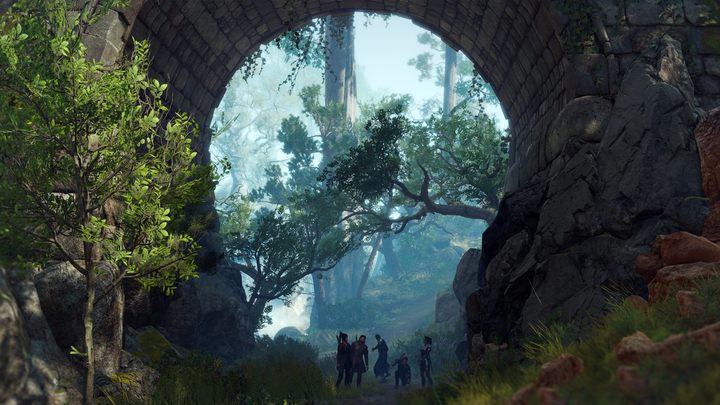 Larian studios, the creators of the latter (and the phenomenal Divinity Original Sin 2) are responsible for Baldur’s Gate 3. The third part of the Baldur’s Gate series tells a story that takes place one hundred years after the events of Throne of Bhaal. However, it will refer to the previous storylines rather sporadically. The gameplay received a marvelous 3D graphics generated by modified version of Original Sin engine. However, we will still witness the whole action from a top-down isometric camera. There is one major change though. This time combat is turn-based. We will be able to choose between one of the already-made heroes with a story written by Larian studios or use a character creation wizard to create our own protagonist from a scratch. Also, players can add unselected heroes to their party.

During the gameplay, we will be able to develop our heroes to the 10th level of experience. Just like in Original Sin 2, we will explore several large, open-ended areas. We’re heading towards the titular city from which the Mind Flayers have taken us – a race of invaders whose distant past is connected to The Gate. Over the course of the game, we will discover what those connections are.

Baldur’s Gate 3 takes place in the same amazing fantasy world as the previous parts – in the Forgotten Realms (also known as Faerun). It’s a universe with a rich history that goes far beyond games or even role-playing systems. Popular authors like R. A. Salvatore wrote stories set in the Forgotten Realms. Also, conversations and articles about Baldur’s Gate franchise were always filled with dozens of terms and references that may confuse many players. Let’s untangle that chaos. On the following pages of our guide you can find information that may help you in understanding the entire lore and prepare yourself for the return of the king of RPGs. Here we go!

Some of you may have read the books set in the world of Baldur’s Gate that were written by Philip Athans. We feel very sorry if you had any experience with these works, but don’t worry – no fictional abominations and heresies like redhead Minsc have penetrated the official canon accepted by the current D&D publisher – Wizards of The Coast, including the Larian Studios. Take deep breaths.