A deep dive into Chongyun’s kit and how to play him effectively.

Once deemed as a ripoff of Zelda: Breath of Wild, Genshin Impact has managed to put aside all the initial criticism and rise to the top. It’s one of the most if not the most played Gacha styled MMOs right now, and rightfully so. Even as a F2P game, Genshin Impact has stunning graphics and smooth gameplay. Apart from the MMO themed gameplay and storyline, the Gacha element adds another dimension to the game. There are a bunch of characters that players can pull from, and one of them is the Frozen Ardor, Chongyun. The Cryo master is a skilled swordsman that uses Cryo to his advantage. He is a 4-star character that is only available through the Wish system in the game. Here is a brief guide on how to effectively use Chongun on the battlefield. 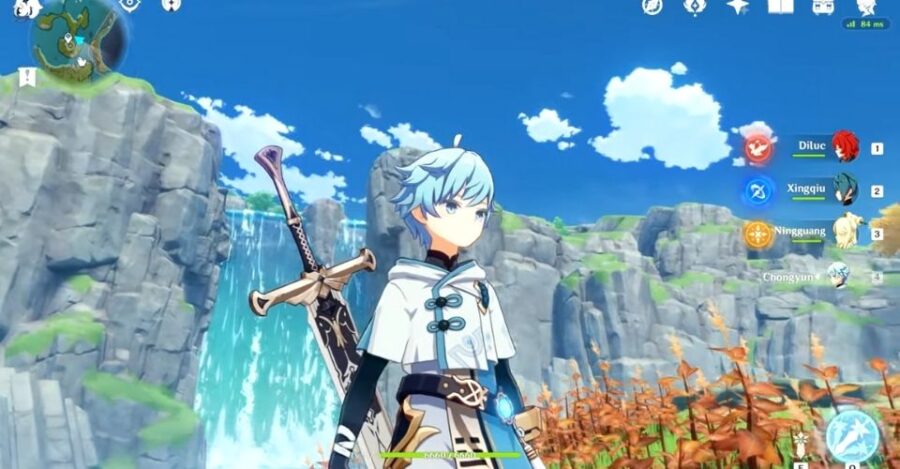 Chongyun is a melee character that wields heavy weapons. He is a great force in close-ranged combat and can dish out decent damage to multiple enemies effectively. His AOE abilities are great for clearing enemy camps quickly or speed running in general. However, his base stats are mid-tier, and is outclassed by Diluc, who is a 5-star DPS character. 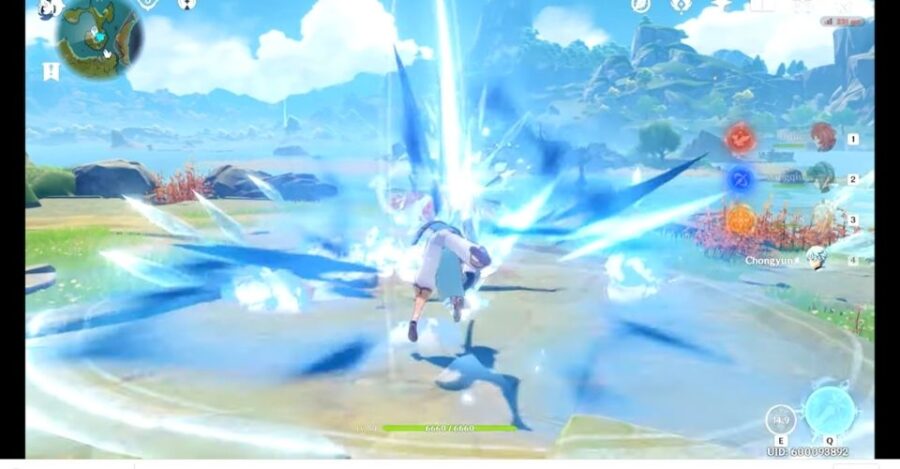 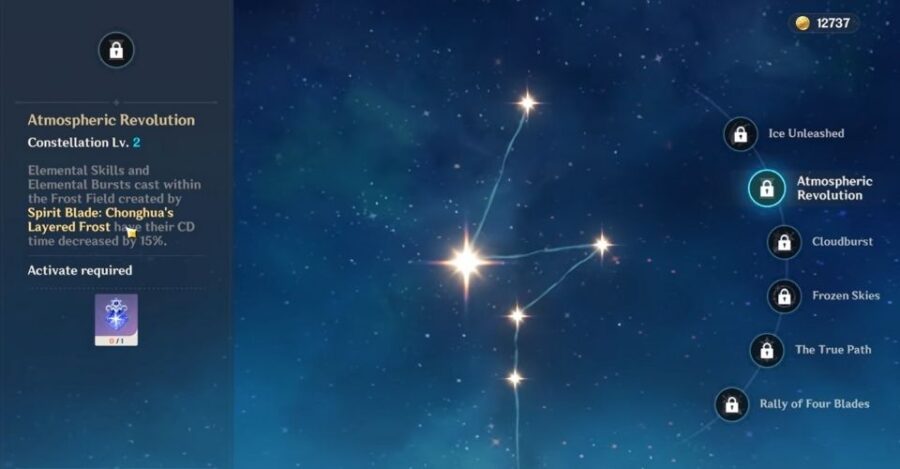 Getting multiple copies of the same character will unlock Constellation for that specific character. These are additional traits that buff the characters further and make them even stronger. Chongyun, however, is not heavily reliant on his Constellation and is viable with unlocking it completely. Here is Chongyun’s Constellation. 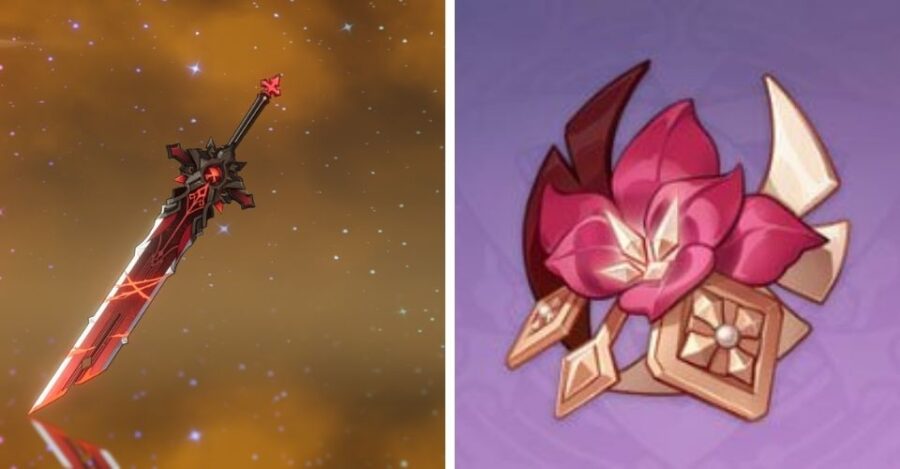 Chongyun is mainly effective as the primary damage dealer of a team. Artifacts and weapons that provide a flat increase in damage are great for Chongyun. He also benefits from gear that increase the effectiveness of Cyro, which further increases his damage even more.

One of the best weapons in terms of damage in the game, Wolf’s Gravestone is a perfect fit for Chongyun. It increases base attack damage by 20%. Whenever the weapon hits a foe with less than 30% health remaining, it further increases the damage of the whole crew by 40% for 12s. 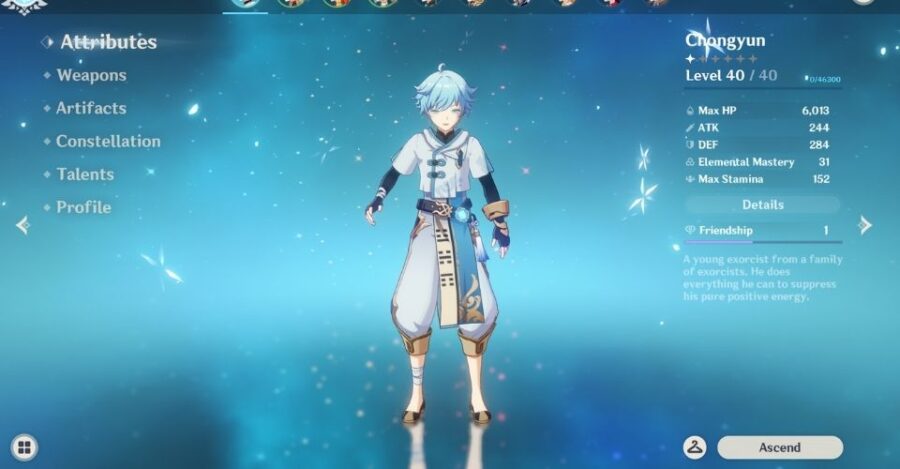 When a character reaches its maximum possible level, it needs to be Ascended in order to level up further. There are 6 Ascension stages for every character in Genshin Impact, and each stage requires different materials. Here are the materials required for each stage of Chongyun’s Ascension. 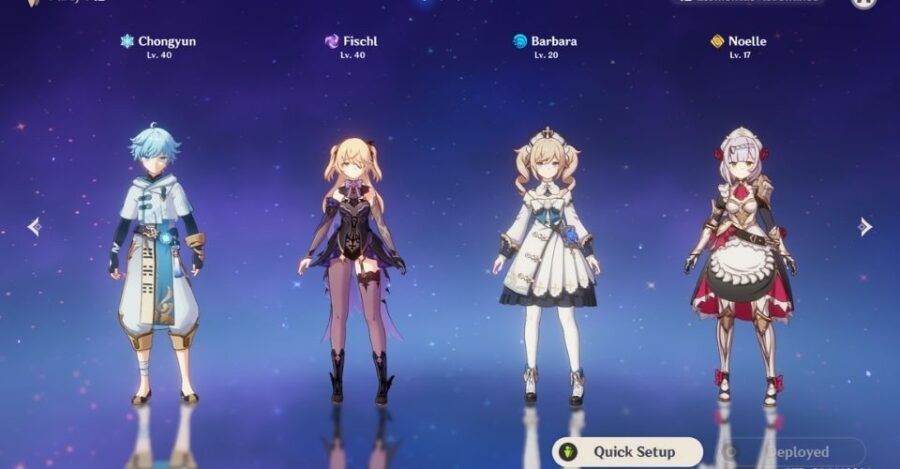 Team building in Genshin Impact is very subjective, and there is no one defined way of approaching it. However, some characters do, in fact, synergize very well when used in a party. Since Chongyun is generally played as a primary damage dealer, he needs a dedicated healer, and Barbara is a perfect fit for the role. Not only does she provide consistent healing, but she is also a Hydro user, which is great for freezing enemies.

Fischl is another good candidate that can be paired with Chongyun. She is a ranged Electro user, which means she can combine with Chongyun’s Cyro abilities to trigger the semiconductor effect (increases damage).

You can either stack another Cryo user like Kaeya to further increase the damage or go with a traditional tank like Noelle, which will add more balance to the team.