Andrius is a weekly boss you can battle in Genshin Impact. This is part of The Wolf of the North Challenge. Here’s our guide to help you out.

Genshin Impact guide: Unlocking The Wolf of the North Challenge

To gain access to The Wolf of the North Challenge in Genshin Impact, you’ll first need to complete a story quest known as “The Meaning of Lupical.” You might need to increase your Adventure Rank further if you can’t tackle this yet.

Anyway, you’re told to investigate Wolvendom, so go ahead and fast travel to the nearest teleportation area. You’ll battle a few slimes and, suddenly, Razor comes to save the day. 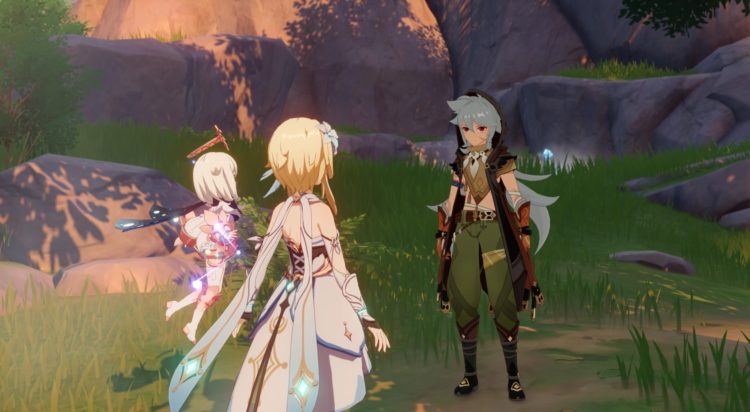 From here, go back to Mondstadt and speak with Amber. You’ll be investigating the village of Springvale for alleged attacks by wolf packs.

Note: Springvale is also a good place to farm Philanemo Mushroom if you need to ascend Barbara’s levels. 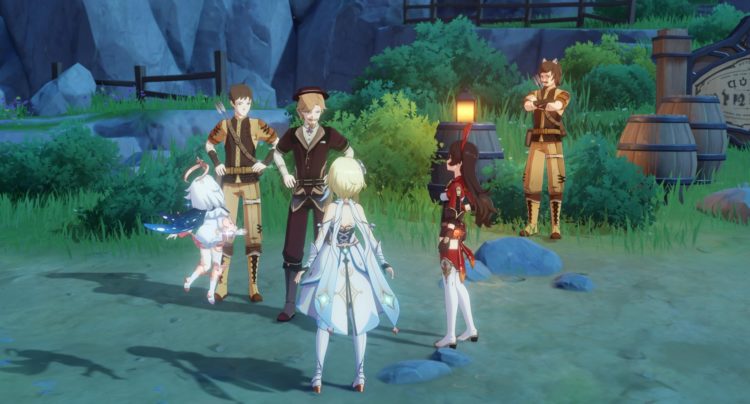 When you’re done, return to Wolvendom and follow the pathway that leads to an arena. All the while, interact with the clues to progress the quest.

Once you reach the arena, Razor will ask you to find Wolfhook Berries. These round, purple fruits are found in the woods near the arena. After you’ve picked them up, return to Razor and watch the cinematic. 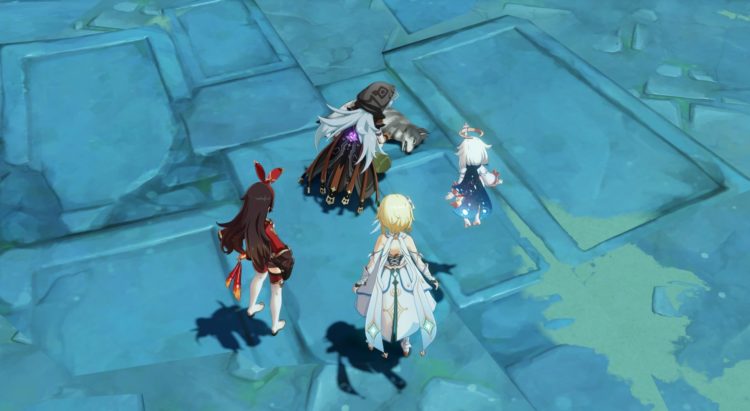 You’ll be pitted against a boss known as Boreas, Great Wolf King of the North. Razor will be a guest during this fight so make use of his abilities.

I won’t discuss Boreas’ abilities here because Andrius has similar spells, so you can refer to the next section of the guide for more tips. In any case, once you whittle down Boreas’ health, a cinematic will play and “The Meaning of Lupical” quest ends. 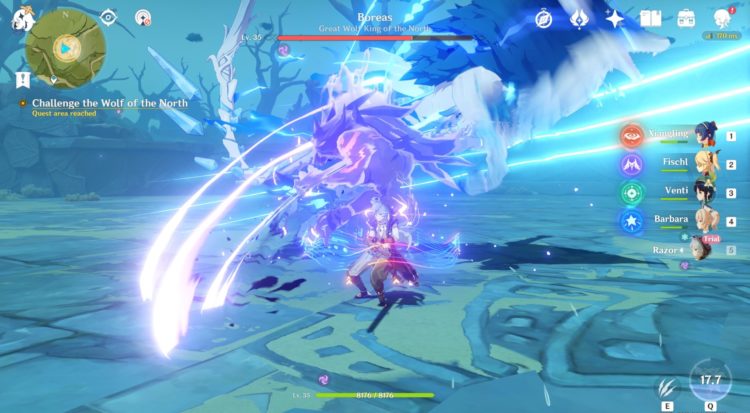 If you interact with the frozen sword in the arena, you’ll begin The Wolf of the North Challenge proper. Andrius will enter the arena much like Boreas did, and it’s time for a boss fight.

Take note of Genshin Impact‘s elemental combos mechanic. Andrius is a Cryo-based boss which means his spells will freeze you if you get the “wet” status. As such, popping heals as Barbara (Hydro) might be too risky.

Instead, you might be better off using other healers such as Jean (Anemo) or Qiqi (Cryo). The characters who’ll contribute to the DPS would be Pyro-based fighters like Diluc, Xiangling, or Klee, as well as Electro-based ones like Fischl, Razor, or Keqing. 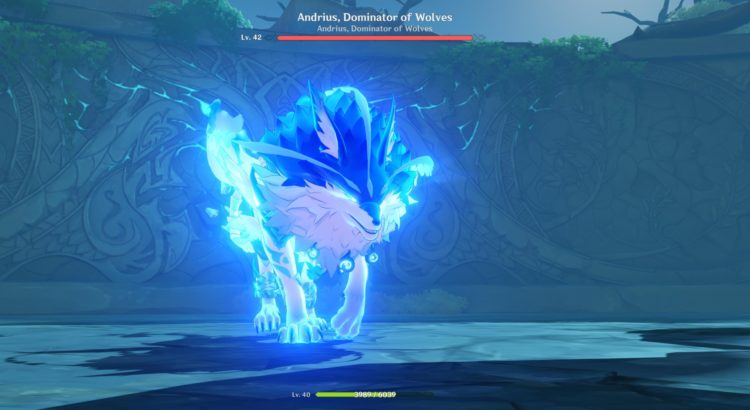 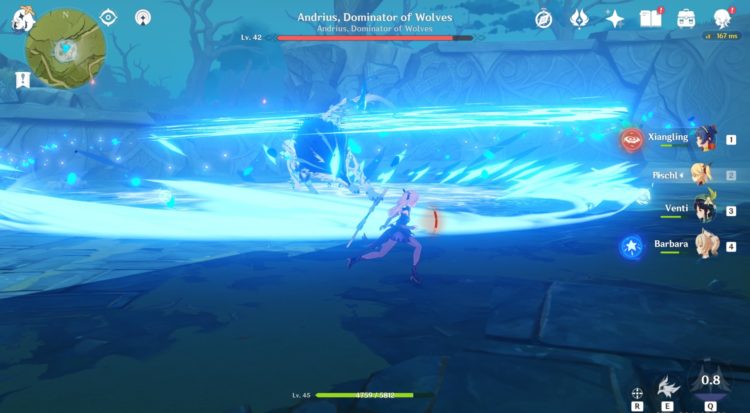 Wolf Charge – At 50% health and at various intervals afterward, Andrius will move to the edge of the arena and run around it. Eventually, he’ll stop and blitz towards your direction. He’ll do this twice and, on the third cycle, he’ll do a Leaping Smash instead. Make sure to dodge these moves.

If you can hit him with a charged arrow shot, it’ll cancel this transition phase. However, I tend to use this respite for extra healing. Since Barbara is the only healer I’ve acquired, so far, in Genshin Impact, this was the perfect time to heal party members without the risk of getting frozen by Andrius’ abilities. 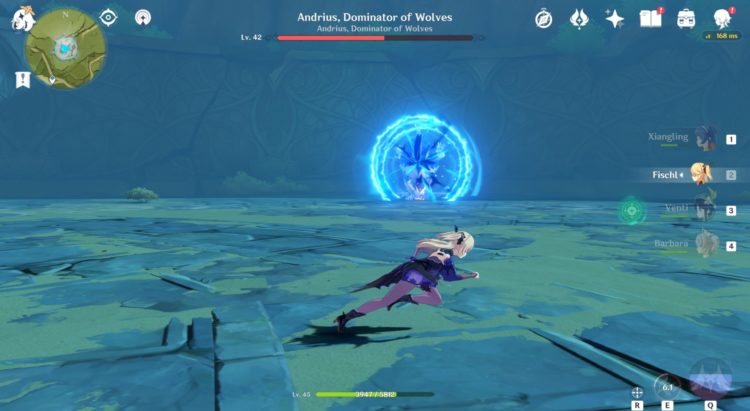 In addition to phase 1’s attacks, Andrius will gain additional abilities once he’s below 50% health: 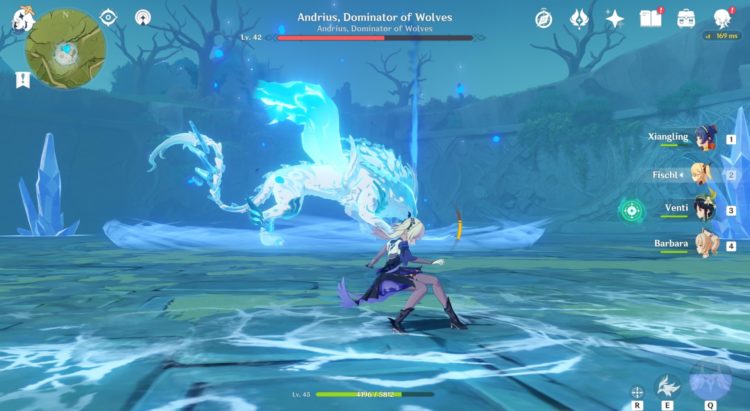 This boss fight in Genshin Impact can be quite tough especially if you’re unprepared. This is especially true given that Andrius’ abilities are highly unpredictable. Still, I was able to succeed by timing my elemental combos and using Pyro + Electro combos to cause overload consistently.

When Andrius has been defeated, pick up the loot. Just like Ley Line Outcrops/elites kills and the Elemental Crucible event, you do need Original Resin to claim your rewards. Similar to the Stormterror boss fight, it costs 60 Original Resin just to obtain rewards. 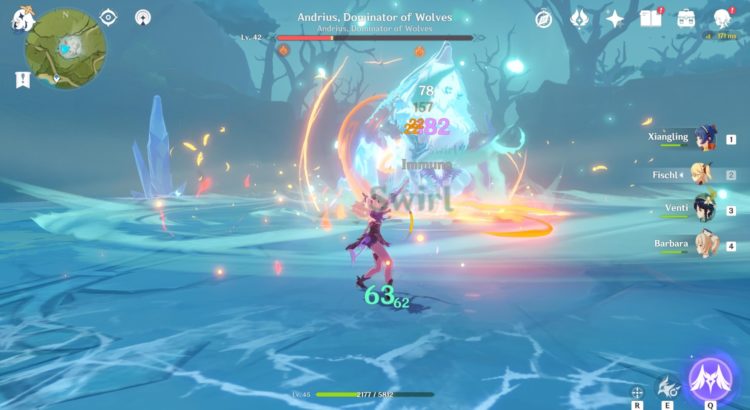 Do remember that both The Wolf of the North Challenge/Andrius encounter and the Stormterror encounter are considered weekly boss fights (or weekly world bosses). This means you may only claim rewards once a week.

Since the weekly reset occurs on Monday, my advice is to wait until Sunday t0 do these activities. You could ensure that you’ve further ascended your Adventure rank and World Level during the preceding days, allowing you to gain better loot just before the weekly reset. 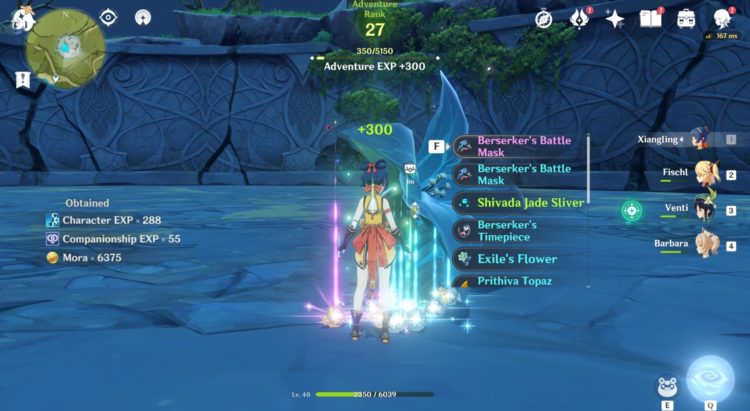 Tags: Genshin Impact, The Wolf of the North

How to get the Snow-Tombed Starsilver. Dragonspine Stone Tablet Locations in Genshin Impact
25.12.2020