For Ghostrunner players, this guide is trying to give some insight and gather the communities knowledge in one place for how to deal with the bosses.

The point of the guide

So the end result of this won’t be particularly great but that is only for now.

The idea is that in the comments to this guide you give any helpful insight you made yourself so we can aggregate it into something decent.

Alternatively, this can serve as your day one crutch for whatever it is worth and when someone else does this but better I can always just dump it.

Tom has 3 phases and each ends with you reaching its weak point and chopping it once.
Tom is a bit hard to write a guide for since it all comes down to your individual skill in dodging.Phase 1: The many lasers

I feel you could argue this to be the hardest section in the entire game, at least I died nowhere else as much as here.
The phase consists of a ludicrous number of lasers constantly rotating with no safe place to stand and very little in terms of checkpoints.

The only advice I have here, is that the hooks you can pull yourself towards have a pretty generous range to them, so if you dash upwards you might be able to skip a few rotations around the tower.

Also, when you die the pattern is always the same. The best thing you can do is to bumrush it instantly and learn what combination of actions gets you the farthest till you muscle memory your way to the top. 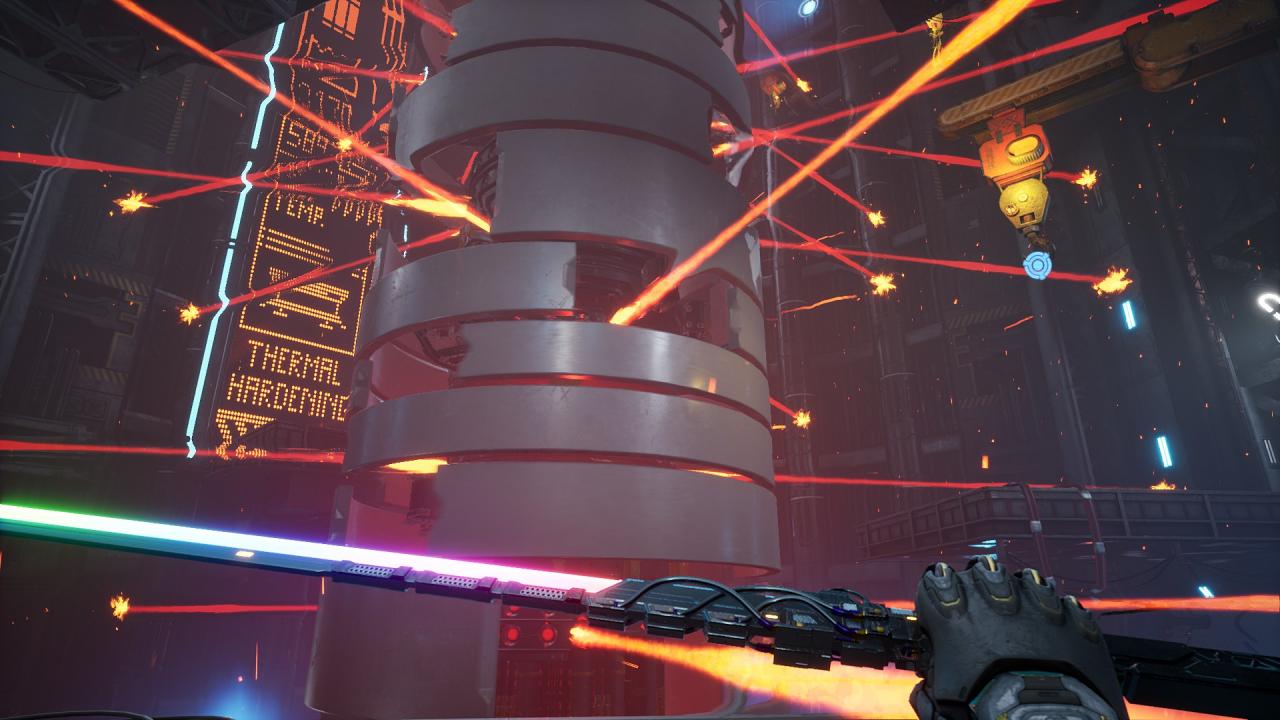 In phase 2 you crash all the way to the bottom and must additionally dodge a pulsing wave of instant death that creeps up the wall every other second.

This one is much calmer, in the top the lasers come back but there are way fewer of them.

The wave only effects the outer wall, so if you find a place to stand for a moment you are actually safe and can plan your next move, at least until the lasers get involved again.
The checkpoints are more generous here as well.

Really, it’s a matter of finding the exact rhythm of the pulsewave and timing your wallruns to turn into walljumps when it comes then dashing back onto the wall.

In its final phase the whole tower has crashed down to the ground and now you have to move towards its remaining weakpoints in a horizontal fashion rather than vertical while both a pulsewave creeps across the ground and lasers spin around towards you.

The best thing you can do is to run towards the spinning lasers and duck then jump immediately after ducking through them to dodge the wave that follows. If you time it right this should consistently get you to both weakspots.

And when you are finally done congrats it only gets easier from here. 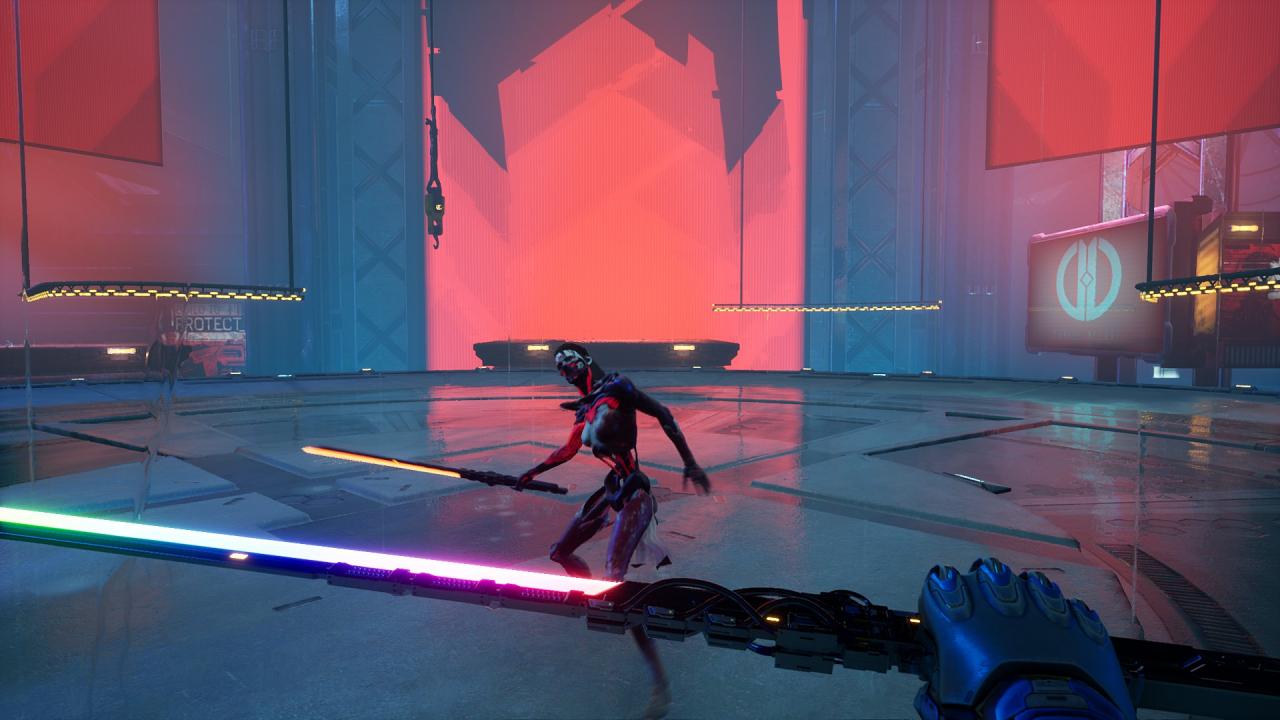 This fight is actually pretty boring. The only thing you have to do a total of 4 times is to time your melee attack to always parry the enemy melee attack.The boss starts in the middle then jumps to one of the side platforms.
On the side platforms it shoots projectiles at you until you approach.
These can be dodged so long as you don’t zip straight at her. Use a path that lets you jump from side to side a lot. If you can manage to grab the superjump and use it that’s even better that just jumps right past her projectiles.
Once on her platform just parry again.

Some advice on parrying: The attack sequence is always identical, if you fail or if you die no matter for each phase it will always be identical. So if click click pause click works once it always will.
Parrying sends you back a couple steps so watch out if you are at the edge of the platform not to fall off.
If you need a moment to breathe just attack, that restarts the attack cycle and doesn’t kill you.
You can genuinely just spam leftclick as long as you look at her, the moment you look away you die.

Once you defeat her on a side platform she will always jump to the middle and if you get there fast enough you can skip her projectile phase there. Then when you are in the middle, she jumps to the side again. Rinse and repeat and you are done. 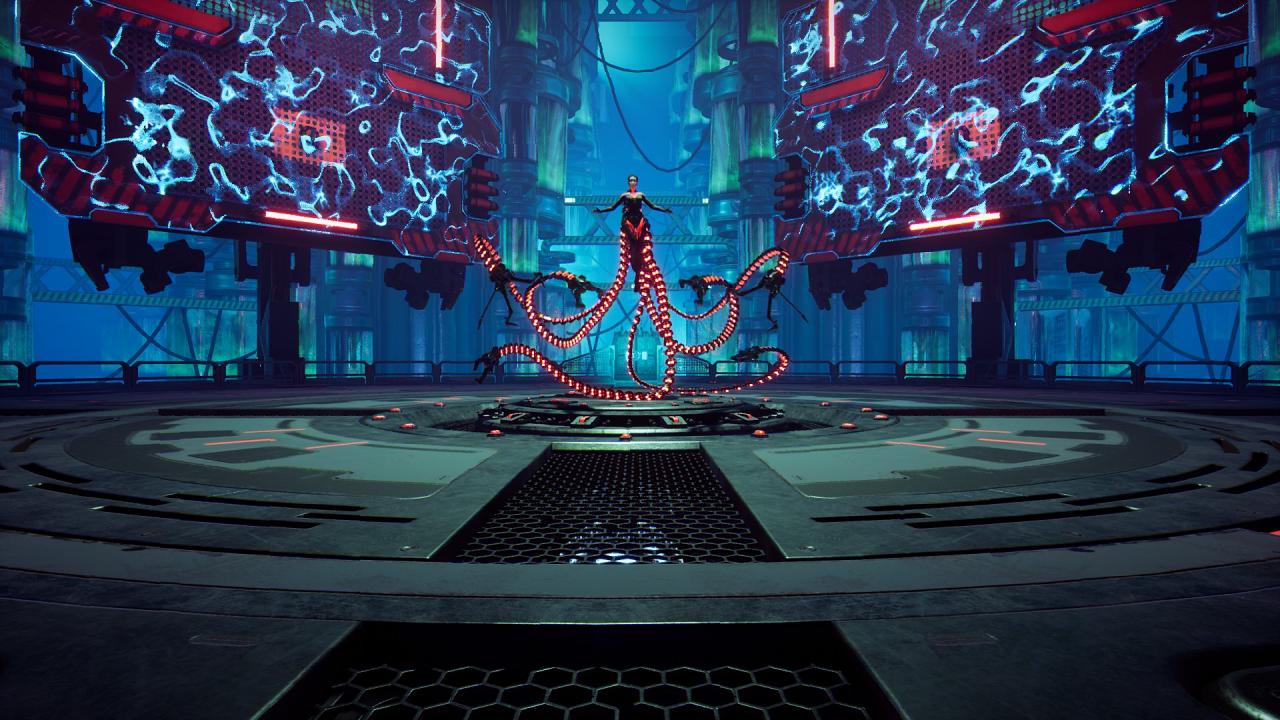 This fight is just a matter of dodging and waiting.
The boss has a set of various attacks it employs, and you need to dodge all of them then finally the boss will explicitly start doing a stabbing motion with her tentacles. At that moment you need to stand in front of one of the electric boxes then dodge at the last moment to make her stab it and electrocute herself. This finally allows you to chop off a section of the HP bar with a simple attack against the tentacle.The concept for attacking stays the same till the very end the only thing that changes is all the types of attacks you need to dodge to get there so let us talk about those.

There is a sideways swipe telegraphed by a tentacle being bent to a side. Once it starts swooshing just jump and pay close attention, It might immediately telegraph itself again as coming from the other side.

There is an overhead attack telegraphed by the boss raising a tentacle upwards. Dodge to the side.

Then there is an attack where the boss rams a tentacle into the ground to shoot up from below while it tracks you. Here you also need to dodge to the side, but you can feel free to do it what feels like early without being punished as much as the overhead attack.

The floor might get electrocuted completely and when that happens you need to keep grappling and grappling until it doesn’t let you anymore.

Then there is a part where only quarters of the floor get electrocuted one at a time. Stay near a point where 2 quarters meet then when you can tell which one will get zapped just get on the other and concentrate on the normal attacks getting fired at you meanwhile.

Just chop off 4 tentacles and shoop da woop you are done.

That’s all we are sharing today in Ghostrunner Boss Guide, if there are anything you want to add please feel free to leave a comment below