For Horse Riding Deluxe 2 players, if you are a beginner, this is a guide of hints of the world that provides the listed information of the world of HRD2

The world map of HRD2. 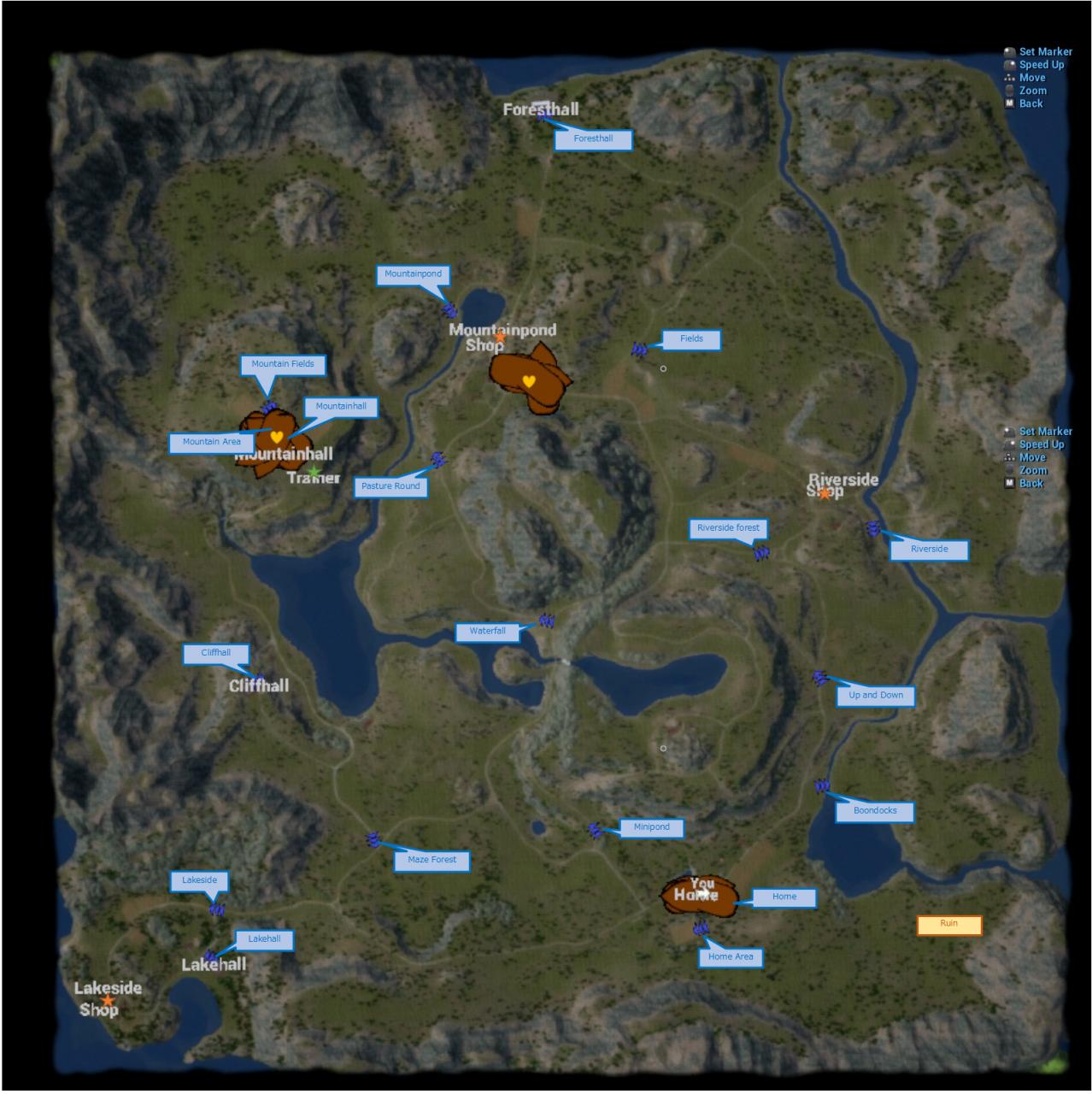 Wild horses locations are indicated on the map. 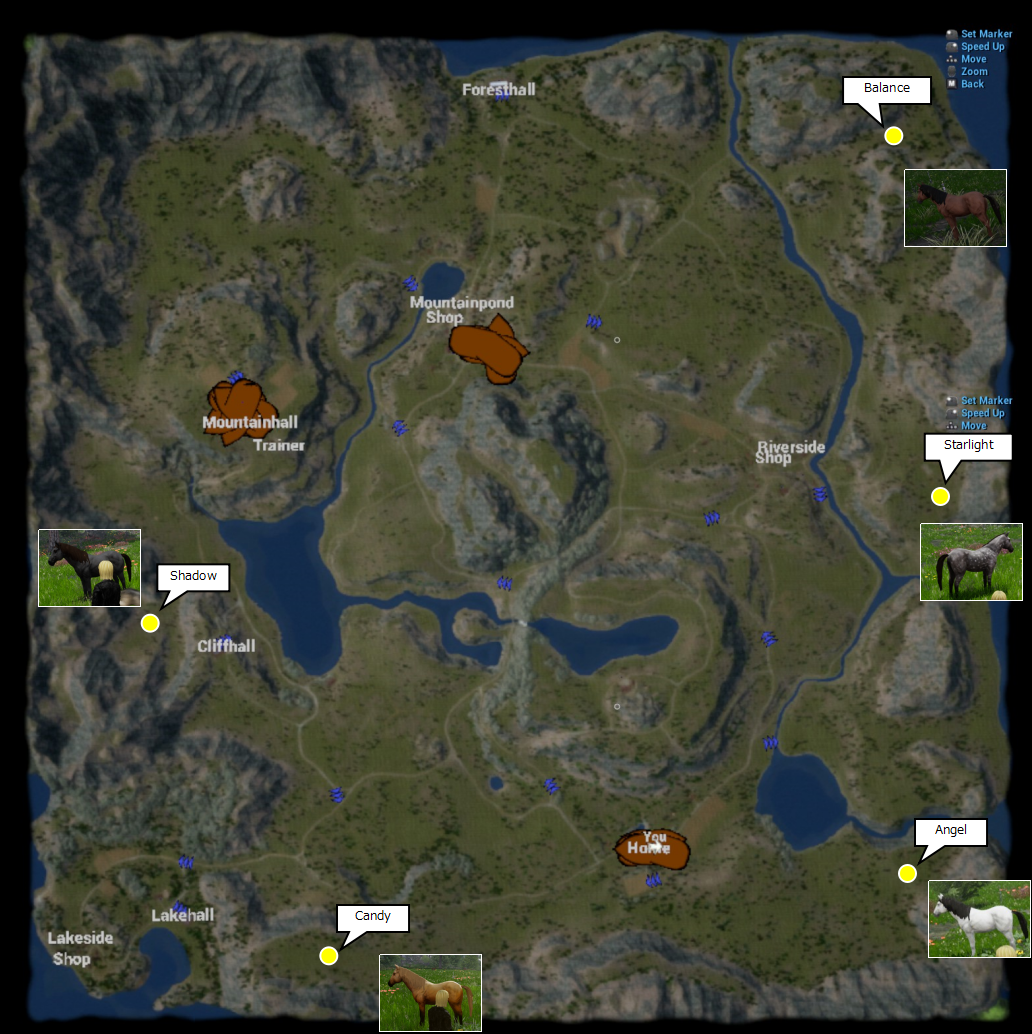 That’s all we are sharing today in Horse Riding Deluxe 2 World Guide and Hints, if you have anything to add, please feel free to leave a comment below.

VTubers are a relatively new phenomenon when it comes to the internet. Short for “Virtual YouTubers,” they are online entertainers and idols. However, unlike your usual streamers, they use a virtual avatar as their ‘camera’. The trend spawned out of Japan in the early 2010s, but didn’t really take off until Kizuna AI’s creation in late 2016. Considered the first VTuber in history, Kizuna broke the expectations of who streamers are, and brought virtual reality into entertainment in a big way. After that, VTubers exploded globally. At the time of writing, there are over 10,000 known VTubers. There are also talent agencies housing these VTubers, the biggest of which is Hololive. Some of the world’s biggest streamers, including Pokimane and PewDiePie, even cashed in on the craze in the peak of its mainstream popularity in 2020. However, even since then, the industry has only continued to boom, becoming one of the most popular trends on YouTube with billions of views per month.
Even traditional content creators like PewDiePie (pictured in avatar form) are becoming VTubers.

Hololive is an arm of Cover Corp, a Japanese start-up created by Motoaki ‘Yagoo’ Tanigo. Often referred to as the father of VTubers, Yahoo started exploring the concept of these virtual entertainers in 2017, inspired by vocaloid idol Hatsune Miku. After debuting Tokino Sora in September 2017, Hololive slowly expanded from there. One VTuber turned into two, and then all of a sudden, there were dozens of creators under their banner by the end of 2019. Expanding into China, Indonesia, and English-speaking nations across 2019 and 2020 turned Hololive from a niche Japanese group into a truly global experience. While all of Hololive’s Chinese VTubers have since “graduated” (codeword for retired) due to controversy, it did its job of bringing virtual entertainment into the foreground. 2020’s expansion into the Western market saw the rise to the trend as we know it today. Hololive English’s first five VTubers ⁠— Mori Calliope, Takanashi Kiara, Ninomae Ina’nis, Gawr Gura, and Amelia Watson ⁠— took over YouTube, leading to a complete craze in September.
Gawr Gura is Hololive’s biggest VTuber with over 2 million subscribers.
There’s no exact answer as to why VTubers exploded in popularity. The use of a virtual avatar may be one side of the story, giving previously-camera shy personalities a way to express themselves. It’s also just different from your regular online entertainer business. The VTubers themselves are immensely successful. Eight out of the 10 highest-earning YouTube stars (based on Superchats, the platform’s donation system) are VTubers. Collectively, 30 million subscribers follow Hololive VTubers, and that number only grows when you consider other talent agencies.

The future of Hololive and VTubers

With a wider Western audience getting involved with VTubers ⁠— whether it be new talents like those under Hololive, or already established streamers like PewDiePie making the switch ⁠— the future for VTubers looks even brighter in 2021. Hololive’s rise on YouTube isn’t ending here either. The group has put out a second set of auditions for English VTubers in February 2021, and their grand plans for expansion don’t stop there. What this year will bring for Hololive remains to be seen, but one thing is for sure ⁠— VTubers are here to stay.