All you have to do is to hunt Legendary Animals to restock, which is especially easy in Free Roam with Empty lobbies since they spawn all the time. Each legendary animal gives between 18 to 30 material gains when donated to Cripps. Some animals can be donated skinned, some can be donated whole. Sometimes you can donate both skinned carcass and the skin separately. And of course you can donate their teeth, claws etc.

Turn everything off except the Legendary Animals and you will have an entire game map with their locations and conditions for them to appear. 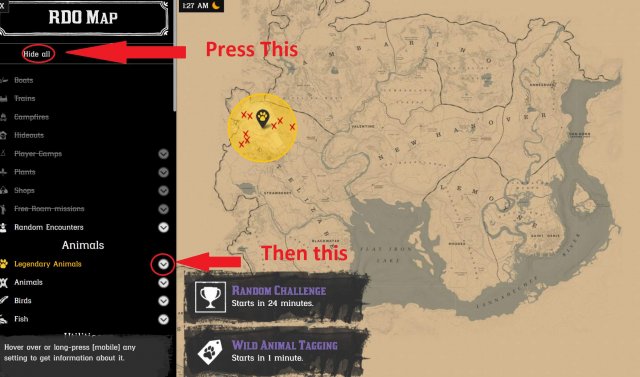 Legendary animals appear as yellow question marks on radar and disappear from time to time. Make sure to press alt to enlarge the radar. They also give distinctive loud noises and a text warning saying “A legendary animal is nearby”. You can use legendary pheromones to attract them and to have the question mark appear indefinitely. I however do not bother spending money on them and just follow their last known location on the map as 1 costs $20 and I’d rather spend the money on refilling consumables or a coat. They take a few shots to kill, more than regular animals. Being a higher level in naturalist role makes it easier to track them and also increases their spawn chances.

Be sure to press middle mouse button (if playing on PC) to access hunter vision, so you can track their footprints. Press “Q” to remember tracking. That can help you find the animal. Having the bounty hunter sprint/gallop hunter vision ability can be of great help.

Just ride from one animal to the other collecting them and storing them in the Hunting Wagon so as not to lose them to a crash/disconnect/death.

Make sure not to burn/blow them up or you will ruin the pelts. Use bullets only. Also if they die in water they will drown like all other animals.

There are so many animals spawning that you will be able to get them all the time after you’ve sold them for coats to Gus. Never sell animals to Butcher or Gus for money because the amount of money you get from materials converted into goods into Far Away 100 goods delivery is so much more. 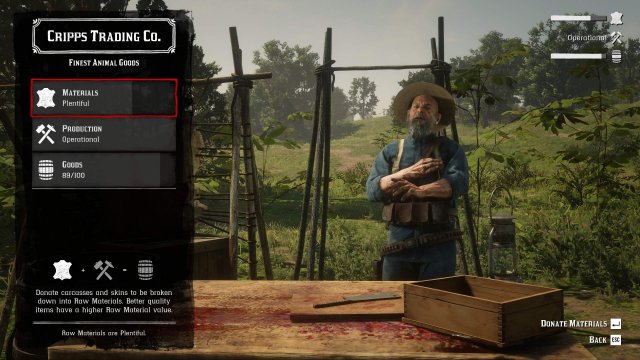 Once done collecting just summon your hunting wagon and park it next to Cripps and give him the mats. I believe the wagon can hold around 5 legendary animals depending on their type.

If lobbies come back to normal or you don’t wanna ride around looking for animals you can just find Harriet and do some of her legendary missions. There are 3 missions (sometimes 4) available per 45 minutes. Some of the missions are really short like the Gator mission, and some are really long. It would be helpful to know which missions are the shortest. But I cannot promise to look into this soon. 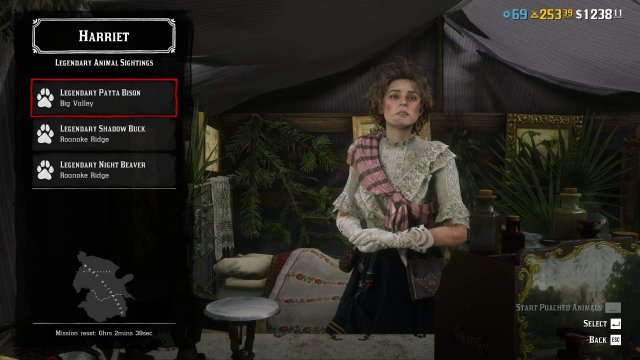 After completing the mission make sure to store your skins into a Hunting Wagon. Make sure to do this fast as sometimes you can get DC’ed after a mission.

And that’s all you have to do folks to refill Cripps in a matter of minutes.

Words and Phrases Ghosts Will Respond in Phasmophobia
24.09.2020