With Fin’s route ported from the PS Vita version of the game and made into a DLC, I have decided to make a guide for it. I was early playing it, so I guess I could help other people. Onwards!

Now that Fin’s route is out, we ought to have a guide for it.
But first, I’ll start with a couple of notes about this release and give some suggestions to players, both returning and new.

This is all about the background of this route, where it stands compared to other routes and – in the next section – about the use and meaning of some of the choices. If you don’t care, you can jump straight to the Walkthrough section of this guide.In the PS Vita version of Steam Prison, Fin’s route was unlocked after doing all 5 of the main love interests’ good endings. Yes, even the unlockable one.
Still, completing it WAS required to unlock the Grand Ending Route.For this Steam release, this route was ported as a DLC along with the epilogues for all characters. You access it by selecting to launch Fin’s route instead of the main game, so you could theoretically play it anytime, even before playing the main game.
But while you don’t need to unlock it here, I still suggest you play it at the moment it was intended to be played – right before the Grand Ending Route. If you want to play it earlier, you could do it before both unlockable routes. Fin’s route won’t spoil you much about the overall plot – it’s the opposite. Information is sparse, so having played the other routes before helps a lot in understanding the setting.Of course, you can also play this route last, after the Grand Ending. It’s a nice little bonus route. For obvious reasons, players who have 100%’ed the game prior to the release of this DLC (like myself) won’t have a choice.

A few notes about the choices

When you launch the DLC, the Common Route starts as usual. You will get a new choice after the incident with Cyrus’s parents, when Fin comes by and discovers what happened.

I would assume the choices that come before that point are not important in this version of the game – they probably served for the PS Vita version to determine if that special choice appeared in any given playthrough, once unlocked. Though I’m only speculating here.
The point is, they don’t give any affection here on Steam, and there is only one route anyway.
Non the less, I’ve pointed out the choices I always made when playing the main game that I consider to be the most romance oriented for Fin. I’m pretty sure they are the “right” choices in the PS Vita version.
And well, just in case they DO count, I can say they worked out for me, so they are safe to select.

Going back to the special choice that sets you onto the route.
You still have the option to play as if you were on a “normal” playthrough that would lead to the regular Prisonner, Bodyguard or Servant routes. If you select the option leading to that though, it’ll end the game after a certain point. Come on, what did you expect? You can play the base game if you want to do that!

Without further delay, the walkthrough.
It will point out how to reach each ending in the best way I found in order to optimize saves. This route has only 3 endings – most certainly because of the crazy amount of Fin related endings in the base game. So it won’t be too hard.
For the good ending path, I’ll write down all of the answers you can pick for each choice. The correct one will be pointed out.
For the bad ending paths, I’ll only write the “correct” answers. 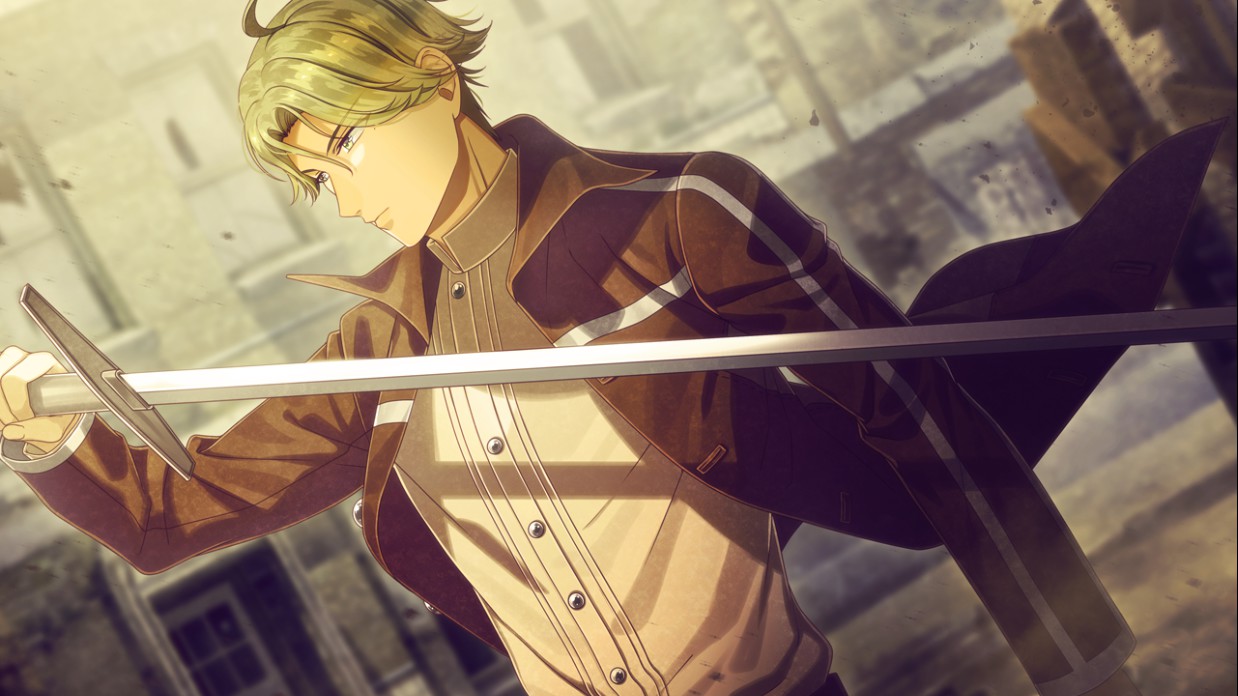 *Catch man*
Retrieve bagIs that the truth?
*Of course it is*

That the Heights are a wonderful place
That I have to be stronger
*What about you, Fin?*

*I missed you*
Where you doing okay?
Wow

*All right*
It will depend
Too late

Let go of me
*Just a little longer*
<Hug playfully>

SAVE 1
Sorry you’re having to take me there
*This takes me back*
Aren’t you drunk?

LOAD 1
*Sorry you’re having to take me there*

*It reminds me of my father*

*None of your buisness*

–> Ending: Together Till the End

LOAD 2
*None of your buisness*

That’s all we are sharing today in Steam Prison Fin Route Walkthrough (DLC), if there are anything you want to add please feel free to leave a comment below and we’ll see you soon.