Everything You Need to Know About PUBG Mobile’s Halloween Update

The most terrible holiday of the year is coming, and video game developers are already preparing to meet it fully armed. For example, PUBG Mobile released a major update with new modes, parkour and other cool things. All the details are in our digest.

You can try out the patch on any of the sites where the game is available for free in the App Store or Google Play. 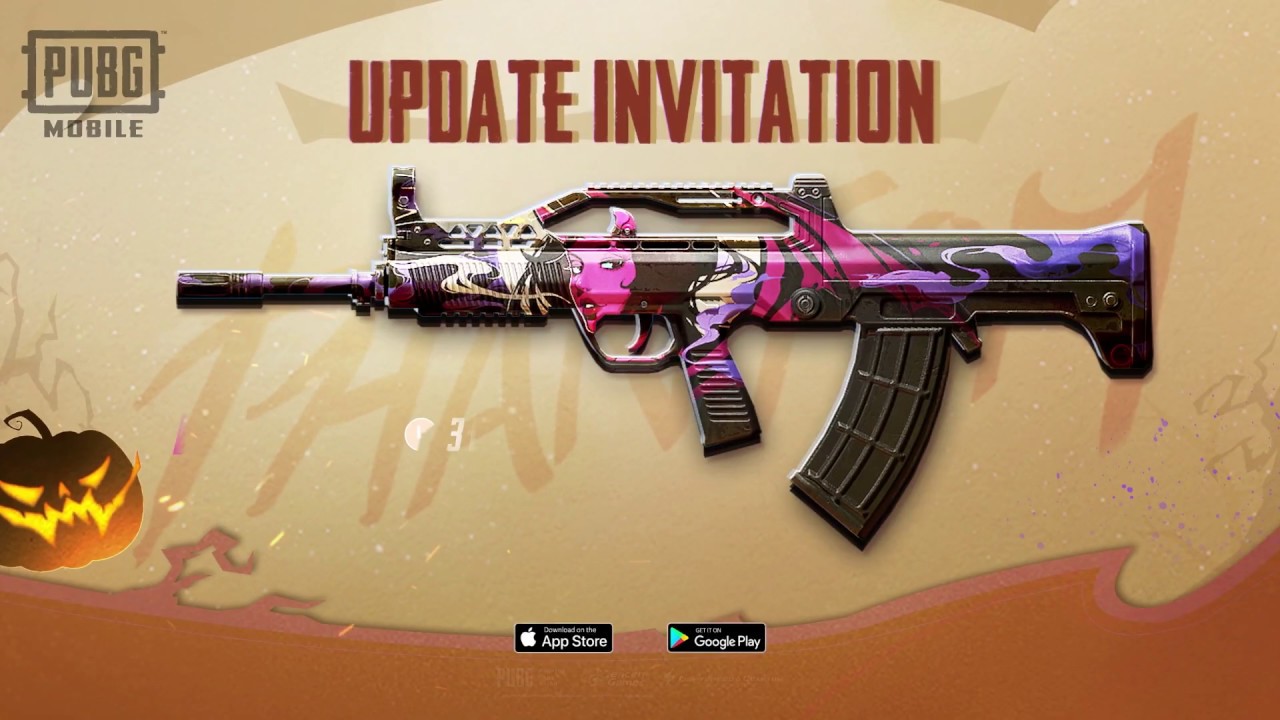 Yes, the famous PvE mode is back — with the release of patch 0.15.0, all players will be able to shoot zombie bots in Halloween costumes again, trying to stretch out until dawn to get special rewards. Matches in this mode take place on a modified map-more gloomy and atmospheric. 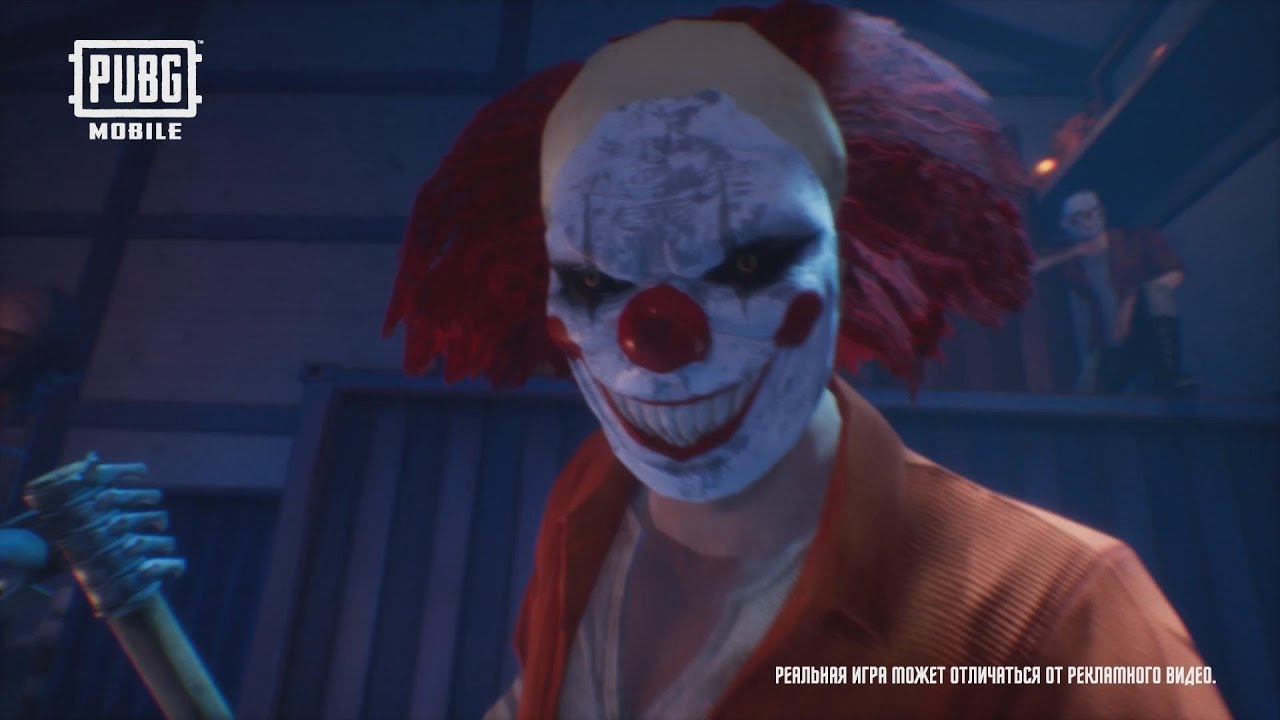 It is interesting that in addition to the defense from the zombies pressing on all sides, there are also abandoned locations with valuable rewards. But this is not only for the most experienced and tenacious, as “loot” is guarded by especially powerful opponents.

Another feature of “Live until dawn” – the presence of special biological weapons that are effective against zombies and other players. You can knock it out, only one way: to destroy the “dead” on an industrial scale. In General, the regime is similar to what it was last year, except that the balance has become a little better.

This is a great way to spend time with friends and dilute the usual gameplay of “battle Royale”. Still, not every day in PUBG Mobile you can arrange a “kneading” with a Horde of zombies.

While Survive Till Dawn we already saw last year, the Payload mode appeared in the game for the first time. This is a modification for the standard mode, so you can play on all available in PING Mobile maps. However, the gameplay is quite different. First of all, the presence of aircraft-helicopters, which can be quickly reached anywhere on the map. However, flights-it is quite dangerous, as you can get into the side of the rocket from the RPG-7. Yes, the game finally added heavy weapons, but not one, but five names: RPG-7 grenade launchers, M3E1-A, M79 and MGL, as well as M134 machine gun. You can find them in special boxes that appear regularly on the map and can be opened for a limited time (3 minutes).

In addition to the large “guns” in this box there is always armor of the third level, several conventional weapons, as well as other useful items like grenades, first aid kits and ammunition. Oh, Yes, I almost forgot: in the box can get a beacon for an airstrike, which allows you to mark the place, and then watch it iron bombs. The latest new item for the Payload mode is a repair kit with which you can repair vehicles, including punctured tires. The set is very appropriate here, because with the advent of heavy weapons, the roads have become even more dangerous.

Probably for the same reason in this mode, you can resurrect dead comrades. To permanently deal with a group of enemies, you need to kill all the players who are in it. If one of them managed to hide, he could get the whole team back on track in a matter of minutes.

Of course, not without innovations in the lineup. In addition to the four grenade launchers and a machine gun, which were mentioned above, PUB Mobile brought a new gun-Desert Eagle, familiar to many gamers from other games. “Desert eagle” has the maximum damage and muzzle velocity of a bullet among all guns, and it can easily replace the main weapon at short or even medium distances.

The base damage rate of the “eagle” is 62, but aiming from the front sight is not always convenient, so it is better to modify it. You can choose from Mira Red Dot sight, holographic sight, laser sight to improve shooting from the shoulder. And if you want to expand the standard store for 7 rounds of caliber 0.45 ACP, you can get it increased version. There was also a new transport-the Soviet armored amphibious vehicle BRDM-2. It boasts, obviously, a large margin of safety, and its tires can not be pierced by bullets.

Both the gun and the transport are available on all standard maps, but you’ll have to find them first. As always, “spawn” is random, but it is best to look at military facilities, where Desert Eagle and BRDM-2 appear more often.

Parkour, barrels and other changes

In the PC version, climbing on ledges appeared a long time ago, and in PUB Mobile got only now. Now players can climb into previously inaccessible places. To take advantage of the parkour, you need to press the jump button at the right moment. 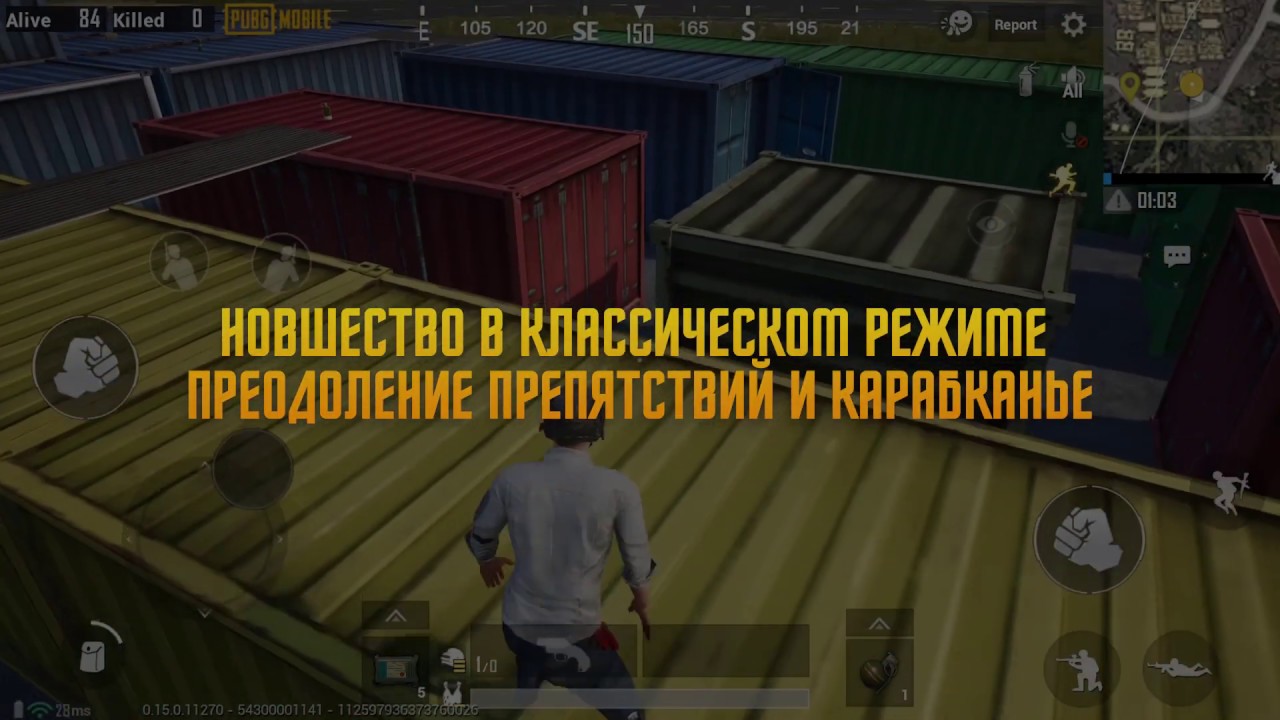 Also in the game there are new objects-barrels of fuel. As usual in games, they are found at every turn and explode when hit by bullets and grenades, causing great damage to players nearby. If you see a barrel, stay away from it.

Another innovation of the 0.15.0 update for PUBG Mobile is graffiti. They can be drawn on any objects after the battle, just like in the” old ” shooters, which we appreciate and love. In total, the player can have four different pictures, which can be changed in the inventory menu. Of course, the gameplay is not affected, graffiti have a purely decorative function. The patch also brought many changes to the technical part of the project. Previously, players sometimes complained about too long downloads and overheating of the device, now there should be no problems with this.

Also, the developers have optimized the logic of reloading weapons to prevent delays when players hit the field of view. Visually, the game has become a little better-the texture of weapons and clothing have become clearer, increased detail models, lighting and shadows are now more realistic. At the same time on weak devices PING Mobile began to work more smoothly, again due to optimization.

Of course, these are only the most important and noticeable changes in the game. In fact, there are many more, according to the official patch-laptop. The creators of the game once again shook up the balance, tweaked the interface and made many small edits. The update came out just excellent, so if you have not entered the game for a long time, then this is a great reason to come back!