For Sands of Salzaar players, this is a guide in how you should war in Sands of Salzaar, i’ll provides some class,  Items, settings and allies tips,  let’s check it out.

Beginner: For those who are starting out and wanna jump in the war wagon of the exciting world of bloody conflict then here is what I recommend for you~
Skills:
The Sentinel Guardian – Focusing the majority of your enemies aggro on you with AOE spells and has great maneuverability thanks to a low cooldown grappling ability.
Necessary: 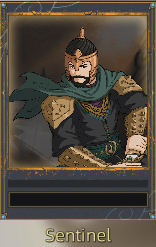 1.) Sentinel – A great utility class that can ease your assault upon the enemy. Grappling on a large area at the start of battle to draw in the attention of the enemy while following up with several AOE abilities will ensure a large portion of the enemy is focused on you and sparing your army. Max out [Enlarge] for high survivability and increased damage.

2.) Guardian – A great tank which utilizes in taking focus from your own units and unto you. Has high defense and can survive for a long period of time which you can utilize effectively with sentinel’s [Enlarge] ability for a higher combat survivability rate. Save [Resillience] exclusively if [Enlarge] cannot handle the amount of damage being absorbed.
Optional:

Psh.. Squad! Haha! What a silly joke. Don’t waste your Legacy points on something as silly as a “Squad” use it for the next thing, which are…. Items!

Items are one of the best ways to utilize Legacy Points. Like a smart person, I don’t waste them on things I can get in-game. So, here are my recommendations:
Needs:

1. Sherpa x20 – Having extra inventory space is always good, and since there is no other way (that I know of yet) to increase it then I choose Sherpas. Generally speaking, having all 99 Sherpa’s would be great; however, the game has things called “warehouses” in your cities where you can store most of the stuff you don’t wanna sell yet, like goods. Having 20 is “good enough” in my opinion as you still have other stuff to buy.
Optional:

1. Stamina Potion x5 – Contrary to their appearance, these “potions” (actually pills) are a good way to get that extra buff pieces of buff to your character you make you mui mui macho~